Talking about Race and Racism: Tips for Conversations with Refugee Youth 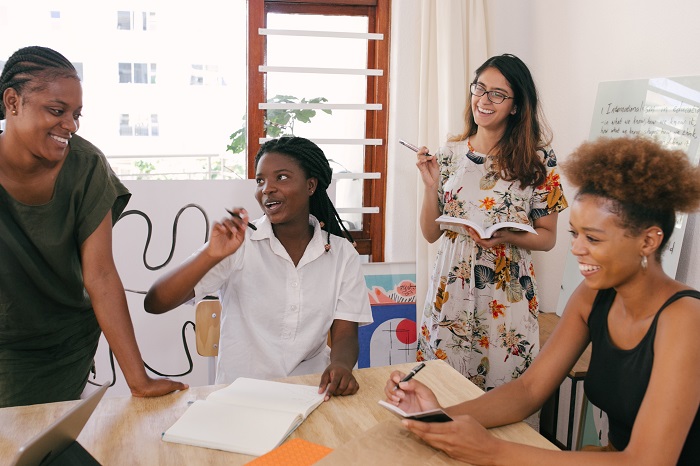 The blog post includes contributions from Jessica Chapman and Nezia Munezero Kubwayo. It is informed by interviews conducted in August 2020 with people from refugee backgrounds in the U.S. and with a service provider who works with refugee youth.

As a young person, adjusting to a new place is difficult no matter the circumstances. Refugee youth rely heavily on service providers, like case managers, who play an important role in helping youth navigate their new lives in the U.S. In adapting to their new communities, refugee youth need to understand how race and racism may shape their experiences in the U.S., including by learning the history of systemic racism and discrimination, the history of anti-racist movements, and what they need to know about current events like protests against police brutality. An increasing number of educational resources and lesson plans exist for educators; these helpful resources can provide the foundation for critical, timely conversations with refugee youth.

Prepare yourself in advance.

First, read our earlier blog Talking about Race and Racism: Preparing for Conversations with Refugee Clients. This post provides broader recommendations including checking bias, doing appropriate research, and building a race equity culture. Then, review resources that provide guidance on engaging youth in conversations about race and racism, such as:

Focus on the needs and interests of youth clients, as they will differ greatly depending on the context.

Refugee youth come to the United States with varying expectations of what their new lives will be like. One young woman we spoke with, who resettled from Somalia to Texas, shared that she was expecting to face more racism than she did. She reflected on having the misconception that people would be racist towards her, so she kept her distance. On the other hand, another young woman shared that she was surprised to experience racism in school; she indicated that she wished she had had known more about racism, so she would have been more emotionally prepared.

Service providers have to consider both of these experiences and the impact that prior expectations, misconceptions, and past experiences may have on how young refugees integrate into their new communities. Talking about race can help young people better understand their own experiences, challenge stereotypes they may have previously encountered, identify and counter racism, and help create change. The below educational resources provide guidance on discussing different race-related topics that may be adapted and used based on the interest and needs of youth participating in services:

Service providers can use already existing programs to begin conversations about race and racism. For example, a youth program coordinator at a refugee service provider organization in Nashville shared that the young people she works with often want to discuss challenges they face at school; the service provider therefore incorporates race-related topics into these conversations as they relate to bullying and social exclusion: “The topics that youth find interesting include bullying based on [skin color], language barriers, making friends who do not look like them, and dealing with teachers who treat them differently than the other students.” This provider collaborates with youth to “develop coping tools and strategies that they can utilize when they are emotionally or physically overwhelmed.” For providers planning to hold similar conversations with youth, she advises considering the importance of preparing beforehand, expecting that difficult topics will come up, and having follow-up strategies in place, such as referral pathways for mental health support and plans for how to follow up with parents or teachers.

Provide opportunities for youth to learn about, and get inspired by, civil rights leaders and change-makers.

Examples include Robert Abbott, founder of The Chicago Defender; Ella Baker, who laid the framework for the Student Nonviolent Coordinating Committee (SNCC), and Shirley Chisholm, the first black woman elected to the U.S. Congress, among many others. Consider figures who might be relatable and inspiring to refugee youth, including those who do not identify as Black/African American. Examples include the Mendez family, who fought against school segregation in California, or Mabel Ping-Hua Lee, a suffragette who was herself unable to vote because of the Chinese Exclusion Act. Other inspiring figures to discuss can include recent refugees, immigrants, and first-generation activists and politicians.

Share resources and learnings with your colleagues and the wider refugee resettlement field.

While there are many resources for parents and educators on speaking to youth about race, there is a need for resources designed for refugee service providers in particular, given their professional backgrounds and the backgrounds of the clients they serve. One way to begin to fill this void in appropriately designed material is for service providers to share practices they develop, adaptations they make to existing tools, and new and translated material they create. These important and needed resources can be shared via your organization’s website, social media, and publicly available case studies or summary reports. You can also contact Switchboard at Switchboard@Rescue.org if you are interested in sharing your resources! 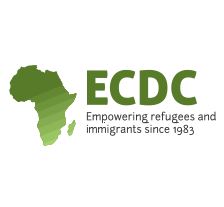