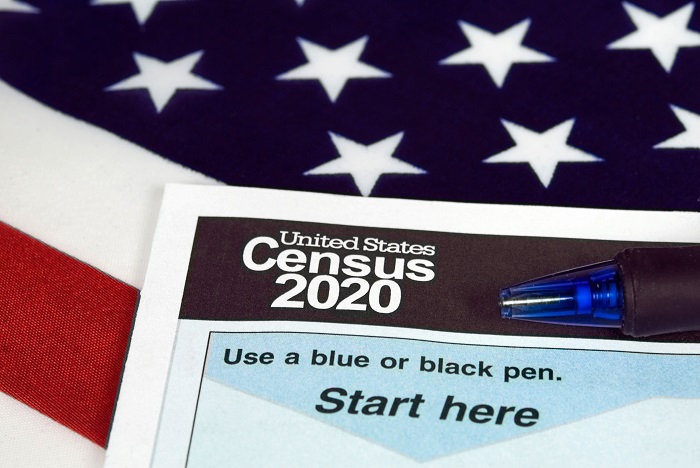 On March 3rd, 2020, Switchboard hosted a webinar on the 2020 US Census. Since then, many things about the 2020 Census have changed due to COVID-19. This post shares updates and suggestions for Census outreach in the new environment.

Response Rate: As of July 22, 2020, the National Self-Response Rate (response online, by phone, or by mail) is 62.3%. You can find data on the response rate for your area here, see a more detailed response rate map focused on Hard to Count (HTC) areas, and review analysis from City University of New York (CUNY).

Timeline: The Census was originally set to conclude on July 31st; the deadline to respond has been extended until October 31st. Nonresponse Followup (NRFU), or the door-to-door in-person follow up with households who have not yet completed the Census, will start on August 11th (previously scheduled for May 13th). The goal of the NRFU is to get Census participation to 100%. NRFU activities were first piloted as a “soft launch” in six locations July 16th, followed by an additional six locations July 23rd; NRFU will start in an additional 35 locations on July 30th. The full COVID-19 adjusted timeline can be found here.

Census takers or field representatives will present an ID badge that includes: their name, their photograph, a Department of Commerce watermark, and an expiration date. They will have an official bag and Census Bureau-issued electronic device, such as a laptop or smartphone, bearing the Census Bureau logo. Census takers and field representatives will conduct their work between the hours of 9:00am and 9:00pm, local time. They will wear masks and carry hand sanitizer. Additional information about what to expect from these visits can be found here.

Mailing: A sixth Census Bureau mailing is scheduled to go out this week to households who have not yet responded to the 2020 Census. This reminder will not include the paper form but will include online and phone response information (households may also respond via mail using a previously received paper form).

Supporting Clients to Complete the Census in the New Environment

Organizations around the country have found creative ways to reach refugee and immigrant communities, which are traditionally undercounted in the Census. Agencies have leveraged social media to share content about the importance of the Census, in some cases developing their own multilingual outreach videos. Others have shared instructional content explaining how to complete the Census, such as the videos produced by the Census Bureau and videos in additional languages, like this one in Kinyarwanda. Templates for making videos like these, as well as print guides, can be found here.

To reach clients without internet access or with low digital literacy, agencies have used methods like phone banking and text banking. Strategies like conferencing in an interpreter via phone have given clients the opportunity to complete the Census in languages not supported by the Census Bureau. Staff have also shared hard copy materials via mail and in person (at a safe distance) in settings like food distributions.

“During the pandemic, many hard-to-count populations have become harder-to-count populations. Despite this, it’s our responsibility to continue Census education and assistance—we are pushed to become even more creative in our approaches. At the IRC in Salt Lake City, trained volunteers contacted hundreds of current and former clients to ask if they have completed the Census and, if not, what help they needed to do so (online resources, phone language lines, technical assistance, etc.). With a few households, we set up four-way calls between our staff, the client, an interpreter, and the U.S. Census Bureau to make sure that the household was able to complete the Census over the phone in a language not supported by the Census Bureau. The 2020 Census estimated ten-minute completion time does not apply to all people, as these four-way calls took an average of an hour each to complete. Despite these additional barriers, we must continue reminding ourselves and our clients that this is a once in a decade opportunity to ensure that our communities are fairly resourced and supported.” – Tatjana Andrews, Community & Civic Engagement Coordinator, IRC Salt Lake City

Other agencies have held virtual Census events, including information sessions and town halls. Resettlement agencies and affiliates have partnered with ethnic community-based organizations (ECBOs) and other community leaders, along with Census Bureau representatives, to host these events.

“In Maryland, foreign-born and immigrant populations live and work throughout our communities, yet they are historically under-counted in the decennial census. Programs funded through census outcomes include schools, emergency preparedness, public health, food assistance programs, and transportation projects, so it is a priority to get Maryland’s foreign-born and immigrant communities counted. In May, the US Census Bureau-Maryland Lane hosted a Multi-Cultural Tele-Town Hall Meeting. The meeting introduced a new Census Partnership Specialist with the foreign language skill sets necessary to reach foreign-born immigrant and refugee populations. It focused on strategic outreach efforts to Maryland’s immigrant and foreign-born populations and provided insights on improving response rates among these diverse groups. To learn more, contact US Census Bureau Maryland State Coordinator Julius Maina.” – Terry Fisher, Partnership Specialist, U.S. Census Bureau

“The realities of COVID-19 require us to innovate all of our refugee programs, including Census outreach. Social media and video provide a unique opportunity to reach Hard-to-count communities while maintaining social distancing. For example, the IRC in Phoenix entered into a partnership with the US Census Bureau, OCA Greater Phoenix, and the Bhutanese Community of Arizona to organize a bilingual 2020 Census online town hall. Conducted in both English and Nepali, the town hall covered what the Census was, why it was important, and how to complete it. The town hall was intended to be live, but technical difficulties prevented a live town hall. Instead, the town hall was recorded, edited, and posted to social media.” – Stanford Prescott, Community Engagement Coordinator, IRC Phoenix

Remember: Everyone, including all refugees and immigrants, has a Constitutional right to be counted in the Census. Federal law strictly protects the confidentiality of responses. Personal responses collected by the Census Bureau must be kept confidential for 72 years. That means the Census Bureau can’t share personal information with immigration officials, law enforcement, or any other government agency or court of law; it can’t be shared with one’s landlord; and it won’t affect any public benefits one receives. The Census Bureau takes its legal responsibility to keep personal data it collects confidential very seriously. See more information about these protections here. An accurate count is critical for resources and government representation for everyone for years to come.

Additional resources and ideas from the Census Counts campaign can be found here. Keep up the good work and remind your communities to complete the Census online, by mail, or by phone today! 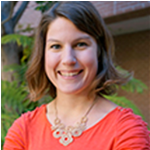 Kristen Aster is Associate Director for Community Mobilization and Engagement at the International Rescue Committee. She provides technical assistance, information, and resources regarding community engagement to IRC's offices in the U.S. She co-chairs IRC's national Census Working Group.
← Previous Post
Next Post →