August 2022 marked the one-year anniversary of the Taliban’s return to power in Afghanistan. It seems like a lifetime since we witnessed the chaos of rapid evacuations at Kabul International Airport. In this past year, Afghanistan has changed drastically under the Taliban’s governance, and the country has yet again produced one of the largest displaced populations in the world. In response to the Afghan crisis, the United States launched Operation Allies Welcome and welcomed over 76,000 Afghan evacuees. Since their arrival, resettlement agencies along with community organizations have worked tirelessly to support Afghan newcomers’ integration into local communities.

As the process of integration continues for many Afghans, numerous issues have surfaced regarding gender dynamics. This post is based on interviews with multiple evacuees who have arrived since August 2021 and those who supported the Afghan newcomers, including interpreters and refugee service providers. This post summarizes key takeaways on gender dynamics.

The United States and Afghanistan have vastly different social and cultural norms, along with radically opposed gender dynamics and roles. According to four interviewees, both male and female Afghan evacuees are having a difficult time adjusting to the gender norms and dynamics in their new communities.

Historically, many Afghans have followed Islamic values and tribal traditions. Through the years, and specifically under Taliban rule, values and traditions have been misinterpreted and manipulated to align with the country’s strict patriarchal attitudes. These attitudes, and much of Afghanistan’s social structure, heavily rely on the themes of honor, purity, and modesty—all of which often fall on the shoulders of women to uphold.

For Afghans, honor can manifest in various forms. It is displayed by women undertaking and excelling at domestic duties like childrearing, cooking and housework, educating children in traditional customs and values, and establishing strong connections with extended family. Abstinence is also mandatory for unmarried Afghan women, as they must be perceived as pure in both thought and conduct. The same beliefs are often not required of Afghan men, despite Islamic tradition that teaches both women and men to abstain from sexual relations prior to marriage.

Typically, women are expected to dress modestly, while men are not held to the same standard. During the first Taliban era in the 1990s, Afghanistan introduced a restrictive code of conduct for women, comprised of guiding principles that continue to be followed in various parts of the country. They may define where women go, whom they associate with, and how they dress. This mindset still follows many newly arrived Afghan families as they begin to integrate in the United States.

Afghanistan’s deep-rooted patriarchal values can also dictate the rights and responsibilities of men. Afghan men are often responsible for maintaining and defending their family’s honor and serve as the primary providers. Studies have found that men in Afghanistan face intense social pressure to adhere to stereotypes of masculinity. Some of these stereotypes include confining women to the home and refraining from using their names in public; they are instead referred to in terms of their relationships with men (“mother of A,” “daughter of B,” or “wife of C”) (Azerbaijani-Moghaddam, 2012). Overall, gender equality is often difficult to discuss in Afghanistan, as most men see the process of seeking gender equality as a threat to their privileges and an attack on their way of life. In many cases, even broaching the topic leads to open hostility.

The Impact of Cultural Gender Norms on Refugee Resettlement

In the United States, families are expected to achieve self-sufficiency as quickly as possible once they resettle. Both parents typically need to find employment. This transition into the U.S. workforce presents two unique challenges. In some cases, women don’t have the work experience and skills to gain employment right away. Secondly, most men are accustomed to being the sole providers for their families, so it creates a shift in dynamics because now they are also relying on their spouse to provide for the household. For some Afghan men, this can cause them to feel inadequate, or possibly even cause a power struggle with their spouse. Of course, these challenges do not affect all newly resettled Afghans, since there are a number of women who held careers prior to migrating. While there are some instances where Afghan families have prior experience in shifting gender roles and norms (e.g., potential differences between urban and rural gender perspectives, or being educated and having a career), in general the rapid change in gender roles that emerges during resettlement may cause strained relationships and provoke domestic violence. Consider the following testimony of an interpreter working with Afghan families:

The first issue comes up when they arrive. The women aren’t allowed to speak if the doctor or lawyer is speaking to her. If the husband is present to answer, they’ll say something like, “Be quiet, don’t speak, I’ll speak.” There was a case where they had an argument about [food stamps], and the husband slapped the wife. The wife had a doctor’s appointment the next day. The doctor noticed the bruise and asked her [about it]. The wife cried and told the doctor that her husband hit her. The doctor informed the authorities, the husband was taken away, the wife was taken to a shelter, and the kids were handed over to CPS. The family was divided.

This testimony does not imply that all Afghan men are abusive and all Afghan women are subservient. For instance, a female evacuee who had previously worked with a women’s rights organization in Afghanistan described a vastly different situation:

My family is educated. There are a lot of families that aren’t. I want to be a good source for them and tell them that there is no shame [in seeking an education], that they can do whatever they want as long as they’re brave. I wanted to give back to them and do what I can to help.

This woman has her own opinion and point of view concerning gender norms in Afghan culture. She has made it her goal to advance women’s rights in Afghanistan and continues to push that same rhetoric for Afghan women in the United States. In all, Afghan refugees are arriving with distinct experiences and perspectives, something service providers must be aware of.

Additionally, the interviewed interpreter touched on a stressor that refugee service providers have seen time and time again. She reported, “The government doesn’t give them any support to place their children into daycare so they can go out [and work].” This aligns with a prior study, “Reinvesting in Refugees,” conducted by the Hubert H. Humphrey School of Public Affairs at the University of Minnesota. Researchers found that refugee women with young children are not accessing the same capital investment opportunities as women without children. In addition, they noted that access decreases even further for refugees who are less fluent in English, as they are less likely to participate in education or job training. This disparity exists because most refugee women take on the responsibility of child care. The study analyzed data from over 3,000 refugee households that participated in either the 2016 or 2017 Annual Refugee Survey. These findings are not specific to Afghan refugee households, nor do they fully explain how gender-specific norms transition after resettlement. However, they do help us understand the role of gender in refugee resettlement and integration in the United States. 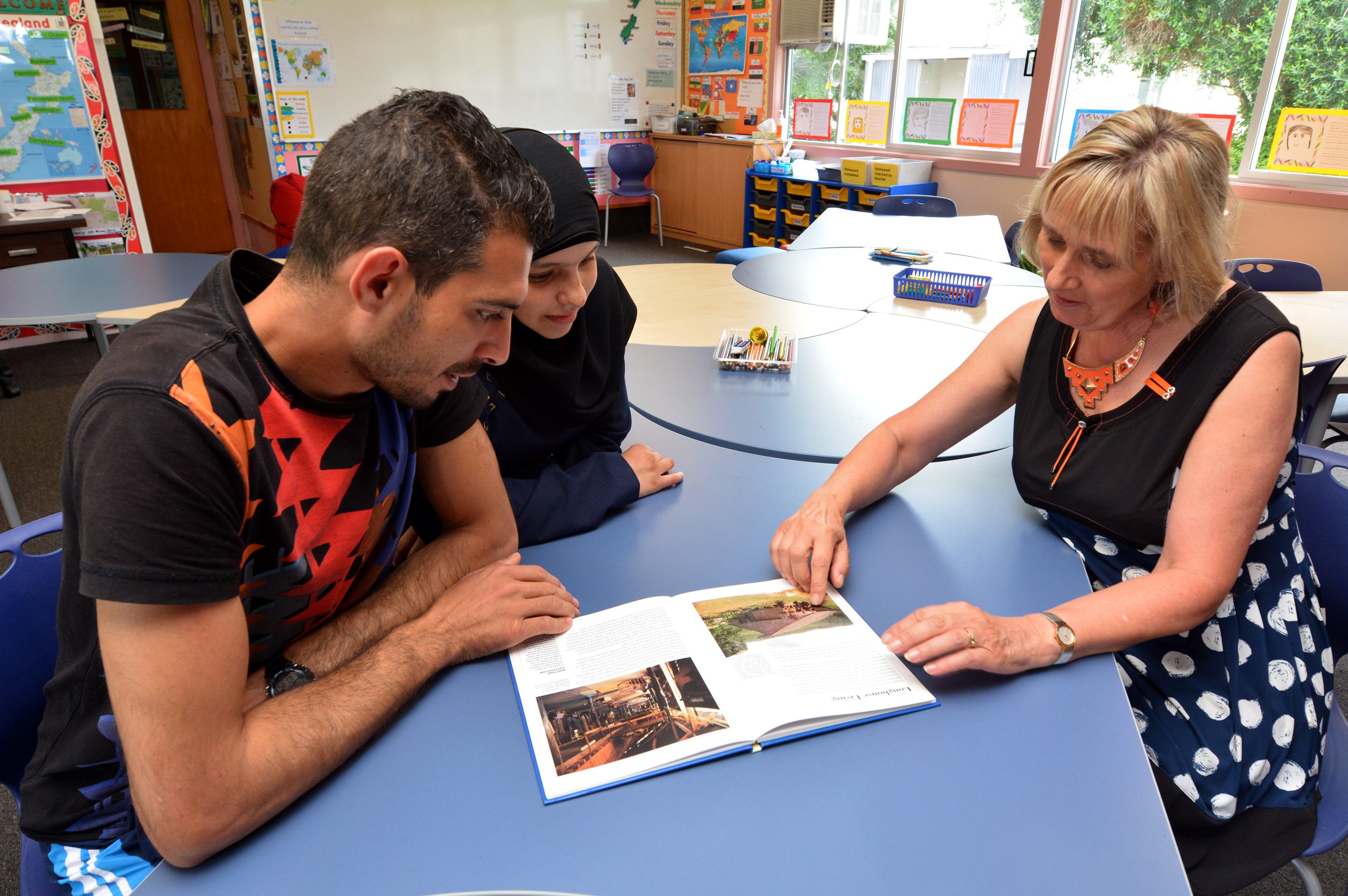 It is important for service providers to be patient and better familiarize themselves with gender-specific Afghan social norms. Additionally, it is critical that service providers do not make assumptions but rather build trust and familiarize themselves with each client’s unique preferences. The only exception to this would be if the norm causes harm. In this case, service providers need to take action to ensure the safety of their clients. If a service provider suspects or witnesses signs of domestic violence or child abuse, they need to report it to local law enforcement in a timely manner, usually within 24 to 48 hours depending on the state of residency. In addition, consider the following gender-sensitive tips: 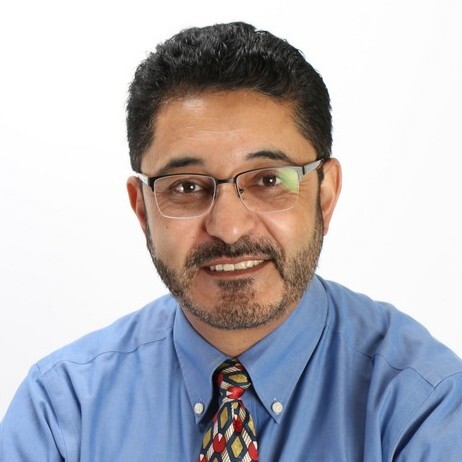 Farid Saydee, PhD, is an Adjunct Professor at the School of Curriculum and Teaching at Kean University. Professor Saydee is also the Founder/President of Language Mentors International, where he provides educational consultancy services to institutions of higher education throughout the nation. Dr. Saydee is a native of Afghanistan, speaking both Dari and Pashto. In 2008, he developed one of the strongest Dari and Pashto programs in the country. During his tenure at the Language Acquisition Resource Center (LARC) at San Diego State University, he taught intensive Dari and Pashto language and culture courses. Previously, Professor Saydee worked as a refugee service provider at the IRC in San Diego. His roles included Resettlement Case Manager, Job Developer, and Immigration Case Manager.
← Previous Post
Next Post →